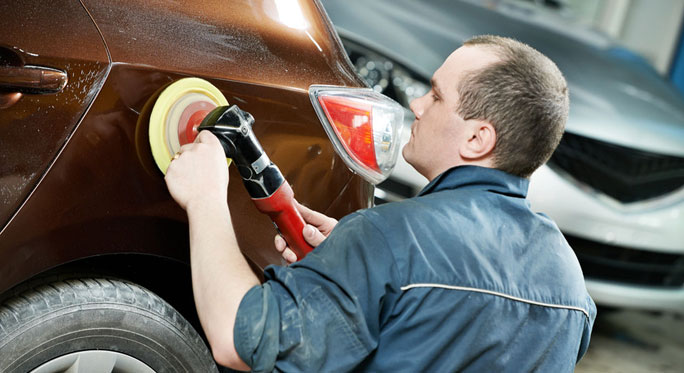 When your parents were children, what did the car of the future look like to them? Reading comic books or watching shows like “The Jetsons” probably had them thinking cars 25 to 50 years later would best resemble Cold War era fighter jets driving alongside hovercrafts and jet packs in cloud cities.

While we still have yet to travel via operable jet packs and hoverboards, there are at least a few futuristic dreams that have come to life for those sci-fi dreamers. Perhaps one of the most prominent that our auto body repair shop has seen in the last few years is the rise of the connected car. Built with a computer and internet access, the connected car is expected to continue seeing growing popularity among drivers.

In fact, this auto body repair found that one research firm estimated the connected car market to reach at least 20 percent of the global car market within the next 5 years. The research firm also estimated that the increase in connected cars would double the revenue in the car market to approximately $40 billion in sales around the world. Currently, the US accounts for the majority of connected car sales, followed by a number of Western European countries. China and India are expected to start seeing an increase in sales into the next decade as their economies continue to build.

These increases are expected, especially as smartphone companies and app developers continue to make headways in expanding driving-related technologies to make the activity more efficient and to keep drivers and their passengers better informed. GPS navigation has certainly improved over the last few years and apps have been developed (and improved) to detect traffic, accidents, and other driving obstacles. In addition to that, the technologies have also led to entertainment features for passengers, including not having to worry about where to buy OBD2 scanners with automatic car self-checkups, streaming music for everyone in the car or playing movies for the kids without having to purchase separate players.

However, our auto body repair shop thinks there still exists a number of issues that car manufacturers have to determine before connected cars can truly become the standard in vehicle sales. For example, at the top of the list of many legislators and concerned citizens is distracted driving. Most automakers claim they investigate driving safety before making an app available for their market and this has led to a greater increase in using voice control and limiting features available when driving.

Another area we see connected car improvements: auto body repair. While the technologies involved may not affect the actual car body, the additional technologies can affect how repairs are done in the coming years. Currently, running diagnostics on a vehicle involves the mechanic connecting to the car’s computer to determine what’s wrong. Some manufacturers boast of allowing the consumer to have greater access to this technology and alerting their local auto body repair shops of any car issues. However, the jury is still out as we have yet to truly see any pending privacy issues and the overall effectiveness of this technology for consumers.